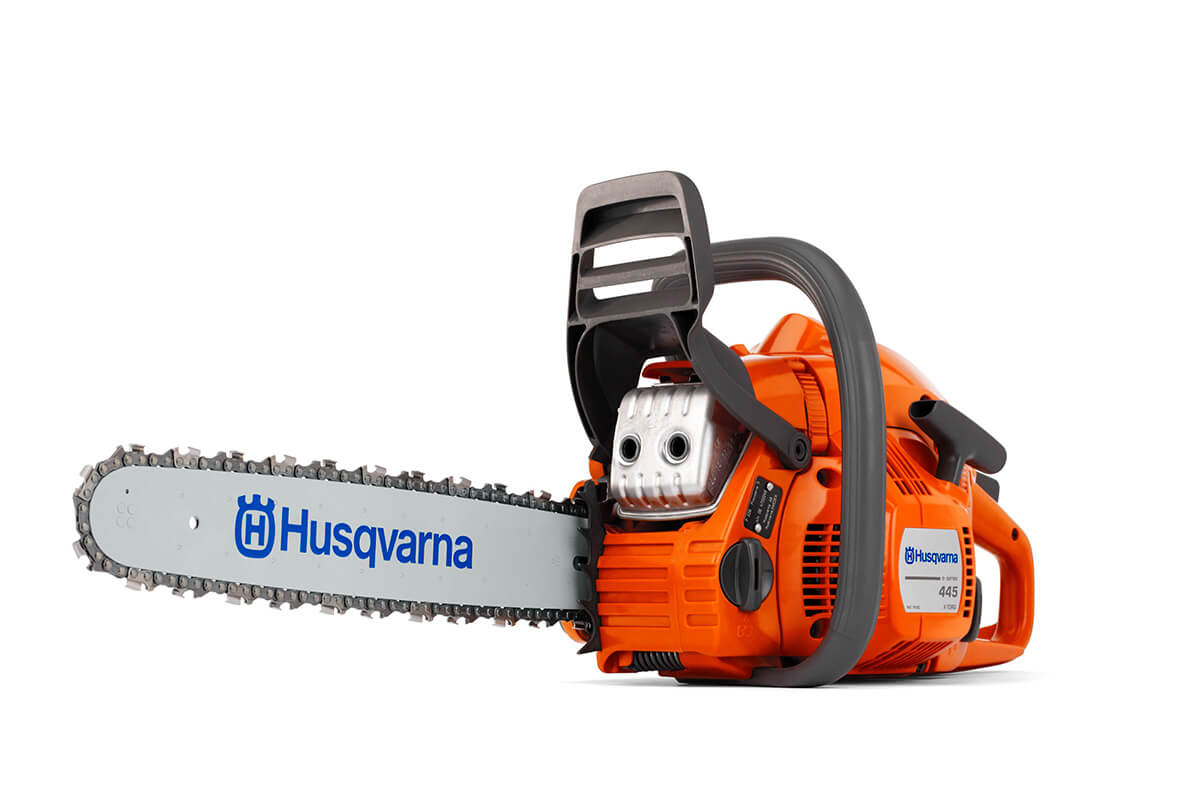 Often owners of a new chainsaw become concerned that their new pride and joy is leaking bar and chain oil because they see a pool of oil underneath the saw where it has been stored.

In all but very exceptional cases there is nothing wrong with the chainsaw and what appears to be an oil leak is simply oil that has sprayed from the chain as it rotates at high speed, draining from the saw body and guide bar.

To better understand what is happening it is helpful to have some insight as to how the oil system works.

Bar and chain oil is stored in the oil tank which is fitted with a valve that allows air to be drawn inwards as oil is pumped out. This valve or breather as they are commonly called has a one way function that maintains a slightly positive pressure in the oil tank. This ensures oil delivery to the bar and chain as soon as the chain begins to rotate around the bar thus reducing wear.

Chainsaws should not be stored with their oil and fuel tanks full. Fuel and oil levels should only be topped up prior to use. This reduces the risk of stale fuel and oil seepage due to temperature variations.

Each time that a new chainsaw or one that is very clean is run without cutting it will spread oil around the guide bar, chain and saw body in the form of a fine mist. When the saw is stopped the oil will very slowly begin to form larger droplets that will over a period of many hours run towards the lowest part of the saw – typically below the sprocket  and then drip onto the surface below.

When a chainsaw is in use most of the oil is absorbed by the log and sawdust produced by the chain, therefore leaving little to drip to the surface under the saw.

So if you are concerned that your chainsaw is leaking oil the following steps should be undertaken.

Establish that the oil system works and delivers oil to the bar and chain using the method described in the operators manual.

Remove the bar and chain and wipe all oil residue from the saw body – paying attention to the underside and any recesses in the casting/mouldings that can retain oil.

Place a sheet of cardboard under the saw and allow it to remain undisturbed for an hour.

Slowly roll the saw sideways and look at the cardboard under the saw to see if oil residue is present – a few oil stained blotches on the cardboard would be normal, but any pools of oil indicate cause for further investigation, starting with a repeat of this test.

The following photographs have been included for emphasis and to help explain the topic visually. 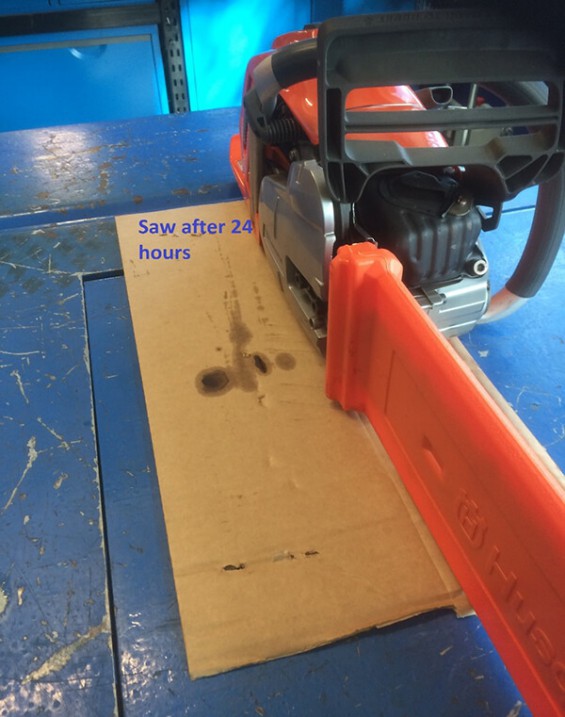 There is also oil inside the groove of the guide bar that will gradually run downwards to the surface below the saw.

3. Oil accumulated inside the clutch cover after 10 minutes of operation. 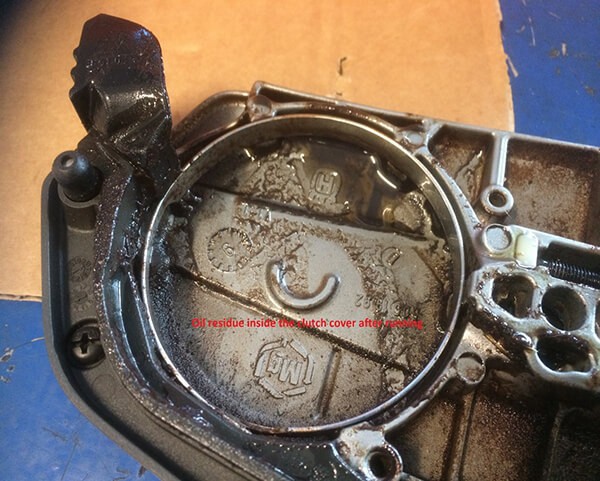 4. Oil can accumulate in areas indicated by yellow arrows. Any oil accumulated will drip on to the surface below the saw during storage.

Lawn Mower Repair Tips – A Self-help Guide
Seated zero turn vs compact stand-on lawn mowers: which is better for you?